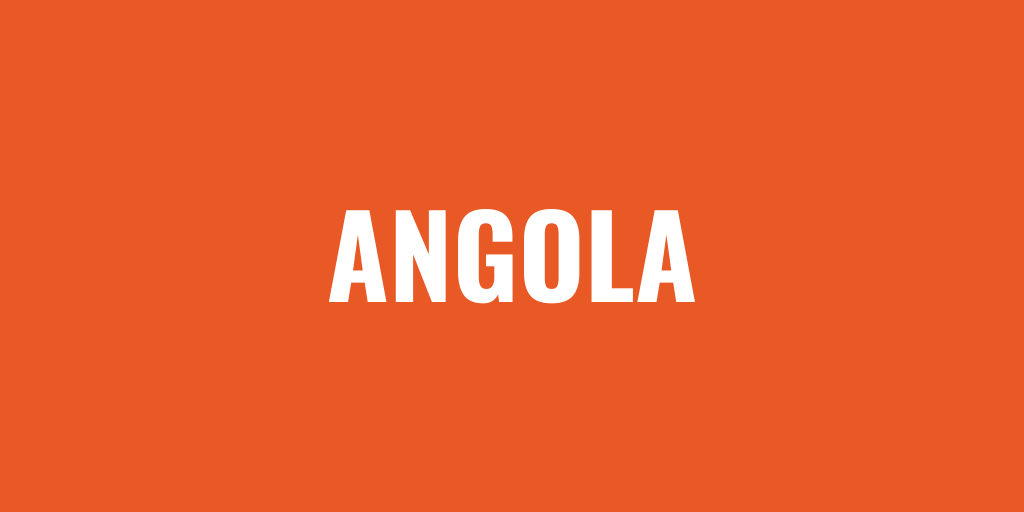 Freedom of expression and peaceful assembly continued to be undermined, despite the initial signs of progress. Land disputes due to large scale acquisition for private use continued to undermine the right to food and water in rural parts of the country. Failure to fulfill the right to water in both rural and urban areas remained as significant as ever. Extrajudicial killings in the diamond fields of Lunda Norte and Lunda Sul continued with impunity. The rights of LGBTI people remained at risk in practice despite legislative improvements. 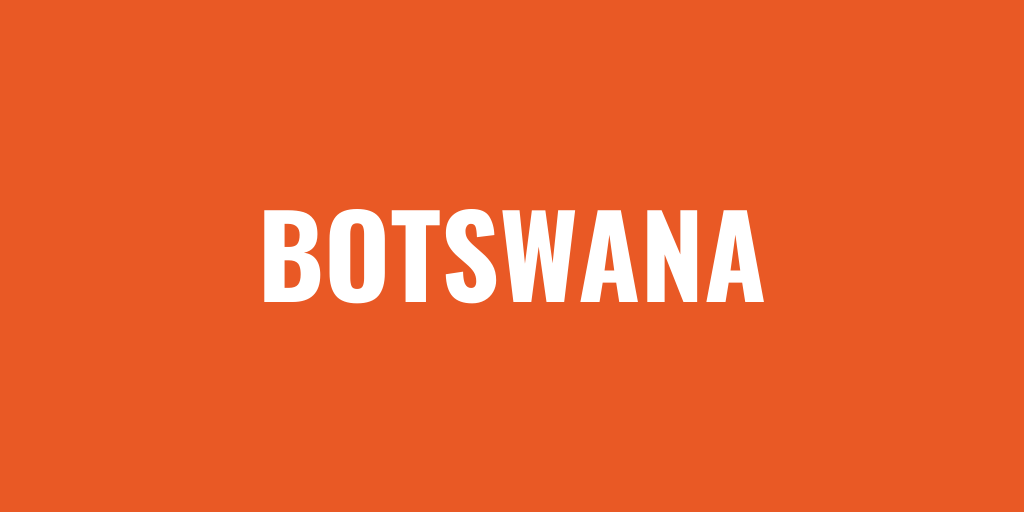 Botswana frequently speaks out against human rights, justice and democratic abuses across the African continent, often one of the only regional voices to take such a stand. However, while transitions of power in Botswana have been seamless, the same ruling party has been in control for the last 40 years and succession is frequently guaranteed by a term limited president stepping down in favor of his vice president to allow that person to run in the next election as an incumbent. This makes it difficult for opposition parties to gain traction. Further, state media control also challenges any opposition party’s ability to run on an equal campaign footing.

Botswana currently criminalizes homosexuality; however the law is infrequently enforced. Recently, Botswana enacted legislation banning discrimination in the workforce on the basis of sexual orientation. However, there is no serious effort being made to decriminalize homosexuality.

The death penalty has been in force in Botswana since the country became independent in 1966. The death penalty is available against those convicted for murder, treason, an attempt on the life of the head of state and the military offences of mutiny and desertion in the face of the enemy. Executions are often carried out unannounced to the public and the family members of the condemned prisoner. Families are not allowed to attend the burial of a condemned prisoner nor visit their graves once they are buried.

On December 18, 2007 Botswana voted against the Resolution on a Moratorium on the Use of the Death Penalty at the UN General Assembly and was one of the most vocal opponents of the resolution during the debates.

The Botswana government has been accused of dispossessing indigenous Bushmen from their land in the Kalahari Desert because of the vast diamond fields present in the region. The Bushmen are southern Africa’s first inhabitants and consider the Kalahari their ancestral lands. They won a court decision in 2006 in Botswana’s High Court declaring they were wrongly evicted and should be allowed to return. However, after the judgment the attorney-general said the government was not obliged to provide essential services to the Bushmen. Mining activities in the region make it difficult for the San to access water and they are blocked from access to boreholes. Currently, most Bushmen are crowded in resettlement camps in less than desirable living conditions.

The UN Special Rapporteur on the situation of human rights and fundamental freedoms of indigenous people issued a report in 2012 about conditions in Botswana. While he acknowledged Botswana has made efforts to allow cultural freedoms of expression by indigenous groups, he noted a need beyond ceremonial and artistic expression to include real promotion of cultural diversity. He further roundly criticized the government for its treatment of the Bushmen population and their forced removal from the Central Kalahari Game Reserve. In 2011, the Bushmen won access through the courts for the right to return to their lands and access to water. Many have now begun to return but continue to face threats from the government.

Hundreds of prisoners of conscience and other detainees were released, and some exiled activists were allowed to return to the country. However, the authorities continued to restrict the right to freedoms of expression, association and assembly. The armed conflict continued, resulting in more than 2000 civilian deaths and at least 1 million were forcibly displaced. While some steps were taken to bring perpetrators to justice for conflict-related human rights abuses, the authorities failed to hold to account the most senior officials associated with crimes under international law, and impunity remained widespread. Most of the population was denied basic rights like health, while some progress was made when the government introduced free primary education for all.

Hundreds of people remained at risk of forced evictions. The government committed to announcing a moratorium on all evictions in a meeting with Amnesty International, but there was no public announcement of this. There have been positive legal developments on provision of compensation to victims of forced evictions by both private and public actors. Eswatini authorities rejected an application to register a Lesbian, Gay, Bisexual, Transgender and Intersex people organization. A man was arrested on charges of terrorism and sedition. The Sexual Offences Domestic Violence Act was passed in July 2018. The King changed the country’s name to the Kingdom of Eswatini in April 2018.

Human rights violations and impunity continued unabated. Allegations of torture and other ill-treatment continued. The right to freedom of expression remained severely restricted. There were unlawful killings.
Lesotho was ranked among Low Human Development countries by the 2019 United Nations Human Development Programme report, at 164, with women accounting for the highest number of people who live in poverty. In July, political parties agreed to constitutional, governance, security and media reforms to ease tensions that continued to mount. South African President Cyril Ramaphosa brokered the agreement. Ramaphosa appointed retired South African Deputy Chief Justice Dikgang Moseneke to mediate the process that led to the agreement. Ramaphosa was appointed by the Southern Africa Development Community to facilitate dialog between the parties.

State of Civic Space and Situtation of HRDs

People living in poverty faced multiple barriers to accessing their economic, social and cultural rights, and remained at risk. Prison conditions continued to be inhumane, overcrowding worsened and the excessive use of pre-trial detention persisted. In the second half of the year, the government committed to addressing the pre-trial detention crisis.

On 19 January 2019 , Andry Rajoelina was sworn in as President, taking over from Hery Rajaonarimampianina following an election. On 27 May 2019, a parliamentary election took place to elect the 151 members of the National Assembly, characterized by low voter turnout (31%). The majority of the seats (84 out of 151) went to the presidential coalition party, Isika Rehetra miaraka amin’I Andry Rajoelina (IRD,) as confirmed by the results pronounced by the National Independent Electoral Commission (CENI). In August, the newly- elected National Assembly held its first session.

In November, Madagascar was examined under the UN Universal Periodic Review process for the third time.[1] Madagascar received 203 recommendations, including on torture and degrading conditions in prisons, decriminalization of abortion, and protection of human rights defenders. Madagascar accepted 163, took 29 recommendations under further consideration and rejected 11.

Discrimination against people with albinism continued, while threats to freedom of association and peaceful assembly heightened. There were increased attacks on Human Rights Defenders. 2019 was an election year for Malawi. There were incidences of protests in Malawi around elections, and the government used the law to silence civil society leaders and organisers of peaceful demonstrations. Some civil society leaders were threatened with death and their property was destroyed by ruling party activists. Persons with albinism continued to live in fear as ritual killers murdered at least one person with albinism.

The FRELIMO-led government and the main opposition party, RENAMO, reached a peace deal aimed at disarming RENAMO’s forces and integrating them into the national security apparatus.  However, one faction of RENAMO refused to recognise the deal and began launching armed attacks.

Cyclones Idai and Kenneth ravaged parts of central and northern Mozambique in March and April respectively, killing some 600 people, and causing over US$2–billion damage to infrastructure, homes, livestock, food and water sources and the livelihoods of over 2–million people. The government response was inadequate, and disturbing allegations also emerged that women survivors were forced to trade sex for food aid.

Profound inequalities remain in the country, further undermining economic, social and cultural rights, including health services with shortage of medicines like ARV s for people living with HIV/AIDS. Drought, exacerbated by climate change, continued to threaten the right to livelihoods for millions, as food prices, driven by fuel increases, continued to rise throughout the year.

The ANC won the election on 8 May 2018. Deadly systematic xenophobic violence continued against refugees, asylum seekers and migrants, partly driven by years of impunity for past xenophobic crimes. The violence in August and September 2019 resulted in the killing of at least 12 people, both locals and foreigners, and looting of shops belonging to locals and foreign nationals, as well as burning and destruction of their property. The Commission of Inquiry into State Capture continued to hear testimonies from witnesses regarding allegations of “state capture” during former president Jacob Zuma’s government. The commission continues to hear chilling testimonies about alleged corruption in government processes to benefit a few individuals perceived to be connected to Zuma.

Police brutality continued, resulting in the death in police custody of a man after he was arrested by the Johannesburg Metro Police Department for allegedly skipping a red traffic light.

The authorities severely restricted the rights to freedom of expression and association, and targeted journalists, human rights defenders and political opposition members. Repressive legislation with broad provisions gave authorities sweeping powers to silence critics and stop media outlets, NGOs and political parties from operating. Authorities arbitrarily arrested and prosecuted government critics on trumped-up charges, and security forces were implicated in abductions and enforced disappearances. Burundian refugees and asylum seekers were subjected to government pressure to return to Burundi where they were at risk of serious human rights violations. LGBTI people were subjected to violence, legal harassment and discrimination.

The authorities continued suppressing the right to freedom of expression and media freedom through arbitrary regulation, intimidation, harassment, violence and use of oppressive laws. Independent radio and TV stations had their licenses suspended for their perceived critical reporting on political issues. Opposition political party activists and critics were arrested and faced prosecution on various charges, including criminal defamation of the president. Food security deteriorated, and the external debt rose significantly.

On 21 June 2019, Parliament released a controversial Constitutional Amendment Bill for public comment, raising fears of excessive executive powers that would undermine the judiciary. There was heightened tension between supporters of the Patriotic Front (PF) and opposition political parties’ supporters, particularly during by-elections in various parts of the country. The right to freedom of peaceful assembly and equal protection of the law was violated during by-elections. The police continued to apply the public order act selectively, targeting opposition party activists.

Despite President Emerson Mnangagwa repeatedly voicing his commitments to human rights reforms, Zimbabwe remains highly intolerant of basic rights, peaceful dissent, and free expression. During nationwide protests in mid-January 2019, following the president’s sudden announcement of a fuel price increase, security forces responded with lethal force, killing at least 17 people, raping at least 17 women, shooting and injuring 81 people, and arresting over 1,000 suspected protesters during door to door raids. In the months that followed, several civil society activists, political opposition leaders, and other critics of the government were arbitrary arrested, abducted, beaten, or tortured. Little to no efforts were made to bring those responsible for the abuses to justice.